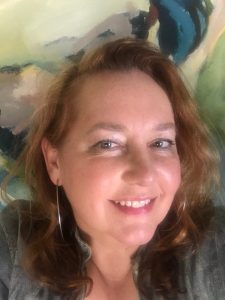 Julie Ditrichis a writer, editor and comics creator who works predominantly in the fantasy and action-adventure genres. Julie has a BA in Professional Writing (University of Canberra), and has worked in mainstream publishing as a bookseller, publicist, marketing manager and author. She was a co-coordinator of a children’s literary program called ALOUD IN THE PARK and ALOUD IN THE POWERHOUSE for several years, and was employed as publications manager at the Australian Society of Authors (ASA) where she commissioned, wrote and edited books and professional papers on authorship. Concurrently, Julie contributed to the Oblagon comics anthology for Kaleidoscope (Australia) and worked as a co-writer on ElfQuest: WaveDancers for Warp Graphics (USA) and the Dart miniseries for Image Comics (USA), which resulted in sales of over 270,000 comics all over the world. During that time, she also ran a clinical hypnotherapy and PSH therapy practice in the Sydney CBD for over 11 years, and later between 2015 and 2019 she became the editor of the Australian Journal of Clinical Hypnotherapy and Hypnosis. From 2004 to 2018, Julie worked as a freelance writer, editor and publishing consultant. During that time, she ghosted five biographies for Sydney publisher AKA Publishing (This is My Story), and wrote an Australian history coffee table book called Realising the Promise for Icon Visual Marketing. Julie worked as a manuscript assessor and editor on several short stories and graphic novels for Australian writers and publishers, and taught comics and graphic novels at the NSW Writers’ Centre, City of Sydney, Broken Hill Library, JMC Academy and the Nepean Mental Health Centre in Sydney. She has been a panelist on various comics sessions run by Supanova and Oz Comic-Con, as well as the South Coast Writers’ Centre and the NSW Writers’ Centre, and has presented workshops on the comics medium at the Gloucester Writers’ Festival (Gloucester), ComicsCraft (Dubbo), Central West ComicsFest (Parkes), ComicGong (Wollongong), and Comic Con-versation (Ashfield). Julie was the co-founder of the ASA Comics / Graphic Novels Portfolio and was the co-portfolio holder between 2007 and 2012. Julie has also worked as a professional development mentor at the ASA. In recent years, she contributed to the Supanova Tides of Hope anthology, and wrote the script for the epic fantasy Elf~Fin: Hyfus & Tilaweed comic book series, which began its release in 2013. In 2015 she contributed a comics short story to the Australia graphic novel anthology for ComicOz. In 2016, she also launched the Comics Mastermind™ professional development service for the next generation of Australian comics creators. Julie’s latest releases include a prose short story in the Sherlock Holmes and Doctor Was Not anthology published by IFWG Publishing. She also introduced a new superhero character Djiniri in the SuperAustralians graphic novel, which was published by Black House Comics and IFWG Publishing. Julie is also the first official, credited and endorsed Australian woman comic book writer to be commissioned by Frew Publications – the Australian publisher and licence-holder of The Phantom. Her first 44-page comic book story The Adventure of the Dragon’s Leg was published in 2021 in The Phantom: The Treasures of Drakon – The Red Dragon Saga trade paperback for Frew. Julie will have a second series called The Return of the Golden Circle published by Frew Publications in 2022. Julie is currently working on several short prose stories, which will be published in 2021.

CLICK HERE to retrieve a short version of this bio.