Home » Article Archive » Resting Your Baby: Taking a Break From Your Comics Project

Resting Your Baby: Taking a Break From Your Comics Project 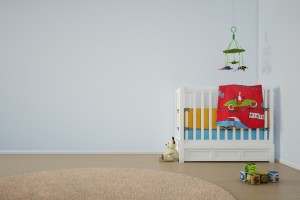 In his book On Writing, author Stephen King discusses his use of the “drawer method” as a full proof way of getting the best out of his stories. After completing a novel he essentially assigns a hard copy of the manuscript to a desk drawer for about six weeks before pulling it out again and revisiting it. He considers this to be an essential part of his editing process because he comes back to the work with a clear mind and a fresh perspective and, as a consequence, is able to mold the work into the penultimate final draft before sending it off for publication.

Children’s book editor Cathie Tasker, a 30-year veteran of the Australian publishing scene, advocates a similar process for writers of children’s picture books. Despite the fact that picture book texts average around 600 words across 32 pages, insiders consider picture books to be one of the most difficult publishing categories to work in. Cathie talks about the importance of resting a work through the early stages of writing and illustrating, and indeed advises creators to take at least a year to let their work come together quietly in their subconscious mind, taking notes and doing various drafts along the way, in order to yield the best crafted version. Indeed, many picture book creators who have taken this advice have gone on to great publishing success and to win various book industry awards.

Resting your work during the creative process also serves comics writers and artists well. Indeed, Wollongong based comic book artist Marcelo Baez (http://www.marcelobaez.com) has tested this theory many times with both his freelance illustration work, which demands a rapid turn around, as well as his long-form comics projects. The conclusion he has reached is that resting your work is just as critical as the time spent actually working on it, and that the timing of your break operates in direct proportion to the scope of the project, as well as to deadlines.

For example, Marcelo is often asked to complete a piece of commercial art within a weekend. He will get a client brief on a Thursday, sketch the work on a Friday, rest the work on a weekend, and return to the sketch on a Monday to determine “whether it is brilliant or whether it is crap!” If it is the former he can submit it straight away. If it is the latter then he can spot the mistakes and quickly make the necessary adjustments.

What has occurred is that the rest period has allowed his mind to enter a kind of problem solving domain where it uncovers creative solutions. Even a small break, walking away from a sketch for an hour or two, can makes a huge difference to professional output, and presents a more relaxed alternative than bashing your head against a brick wall when encountering creative blocks. Even a short break can help you move forward.

During the last 12 months, Marcelo has also been working on a 100-page Greek mythology comics story every morning for an hour on weekdays. During the process he put it down for two to three months. When he returned to it, he said he “felt as though a fog had lifted to expose not only the flaws in the layout, storytelling and dialogue but also the things he got right”. Where there were problems, there were also creative solutions that he was able to apply at once to polish the work.

So what actually happens in your creative mind when you take a break from your comics project? Resting your baby can allow you to:

Ultimately your comics project resting period is relative to the size of your project, as well as to imposed deadlines. Though it seems counter-intuitive to say this, the time away from your work is just as critical as time spent on your work. Indeed, it is the resting period that connects you to your deepest creative self and often allows you to bring forth the best version of your comics work to reality.