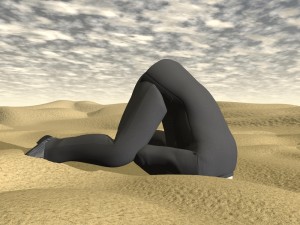 One of the keys to self awareness is to understand what defense mechanisms (also spelled as defence mechanisms) you use when dealing with uncomfortable situations and emotional conflict.

Creative people, including comics creators, often feel particularly nervous, vulnerable and exposed when looking for a publisher or a producer, when filtering feedback from their professional peers and other scenarios. They often have to endure rejection and deal with various gate keepers through every stage of the publishing and marketing process. Consequently it may be useful for you to know which defense mechanisms you employ in professional and personal situations that may be an impediment to reaching your goals. Understanding them can help facilitate communication and help you be open and authentic. A knowledge of defense mechanisms can also help you in writing—specifically, characterisation.

Defense mechanisms, also known as “coping styles”, are automatic compensatory behaviours, impulses, reactions and responses utilised when you want to avoid confronting a truth about yourself (or others) that could potentially damage the way you perceive yourself (or them). In other words, they are conscious or subconscious avoidance mechanisms.

Defense mechanisms serve a protective function for the psyche. They distort uncomfortable realities into acceptable ones by blocking conscious awareness from experiencing painful thoughts, feelings or desires. Some defense mechanisms such as “affiliation”, “self-observation” and “self-assertion” are considered to be healthy functioning aspects of human behaviour. Others such as “denial” or “repression”, however, if used to excess to avoid confronting unpalatable situations or realisations, can keep you from expressing your true thoughts and feelings. This translates into keeping you perpetually anchored in a seemingly safe but in reality a false psychological space that will ultimately impede your personal growth and development and, in a worse case scenario, even place you in danger. For example, a woman who is the victim of ongoing domestic violence and who is in denial about her partner’s actions could end up dead.

Here is a list of the more common defense mechanisms and how they manifest in response to dealing with emotional conflict or internal or external stressors.

Affiliation – Turning to other people for help and support when dealing with problems, but at the same time taking responsibility for these problems.

Altruism – Over-dedication to doing good deeds and meeting the needs and wants of others in order to receive positive recognition.

Anticipation – Experiencing emotional reactions ahead of an upcoming event or situation by considering the consequences that may unfold, and in the process coming up with realistic responses or solutions.

Autistic Fantasy – Day-dreaming excessively to compensate for a lack of human relationships or effective action or problem solving.

Denial – Refusal to acknowledge and to act upon an uncomfortable aspect of an event, thought or feeling that could be obvious to other people.

Devaluation – Attributing exaggerated negative qualities to yourself or others, which are often characterised by distortions in self-image or body-image.

Displacement – Redirecting a feeling about or a response (often sexual or aggressive) towards a perceived threatening object to a safer substitute object or outlet.

Dissociation – A breakdown in consciousness, memory, perception of self or the environment, or sensory / motor behaviour.

Omnipotence – Feeling or acting superior to others in the belief that you possess special powers or abilities.

Passive aggression – Expressing underlying aggression, hostility, resentment and / or resistance toward others in a roundabout way while maintaining a façade of friendliness and compliance.

Reaction formation – A conversion (and repression) into the opposite of unacceptable subconscious desires, impulses or behaviours that are threatening to the psyche.

Self-observation – Reflecting on thoughts, feelings, motivation and behaviour in order to respond appropriately.

Suppression – The conscious process of pushing away uncomfortable thoughts or impulses to avoid re-experiencing them.

Undoing – Words or behaviour intended to symbolically make amends for unacceptable thoughts, feelings or actions towards another person.

Humour – Emphasising the comic or ironic aspects of an emotional conflict or stressor so as to relieve tension.

Intellectualisation – Over analysing the intellectual components of a situation in order to establish control or to minimise uncomfortable feelings.

Isolation of affect (feeling) – A disconnection between a situation or idea which remains in cognitive awareness from the original feelings associated with them.

Projection – Falsely attributing one’s own unacceptable emotions, impulses or thoughts onto another person.

Rationalisation – The process of justifying a thought, action or emotion by inventing and substituting an elaborate self-reassuring but incorrect explanation.

Repression – The subconscious process of preventing painful or disturbing impulses, thoughts or experiences from entering into conscious awareness. The feelings may remain on the surface detached from the associated memory or idea.

Self-assertion – Expressing thoughts or feelings in a direct way so as not to manipulate or coerce others.

Many people are completely unaware of the existence of defense mechanisms, let alone that they use them and how they use them. Other more informed individuals, however, are able to recognise the ones they subconsciously favour, as well as their pattern of use.

If you have not yet come to this place, there is a way to do this for yourself and here is the irony – the most effective way to become consciously aware of the defense mechanisms you use is to ? actually employ a variant of two of them, that is, self-observation and intellectualisation. Defense mechanisms are used to deal with emotional conflict and inner world or outer world stressors. In this scenario – and here is the subtle difference – you will be utilising them for the purposes of self-transparency in order to educate yourself on yourself and how you operate from the inside out. By doing this you will be able to rein them in if they are an inappropriate expression of your true self or if you are living in the private world of avoidance.

This is an expanded version of an article that originally appeared on the Black Mermaid Productions Blog.